Today we have continued south to Lysekil where Tim left us in order to get back to Gothenburg for school. The winds are getting stronger now but since they are easterly the waves won't build up to a big size. Instead we face small, sharp waves which in not necessarily better. On our way to Lysekil Johan struggled with stomach ache while I had packed too much weight in the back of my kayak, making it hard to turn up against the wind. I realised too late and had to paddle completely with my right hand side for 20 minutes or so before we could change the weight distribution in my kayak. 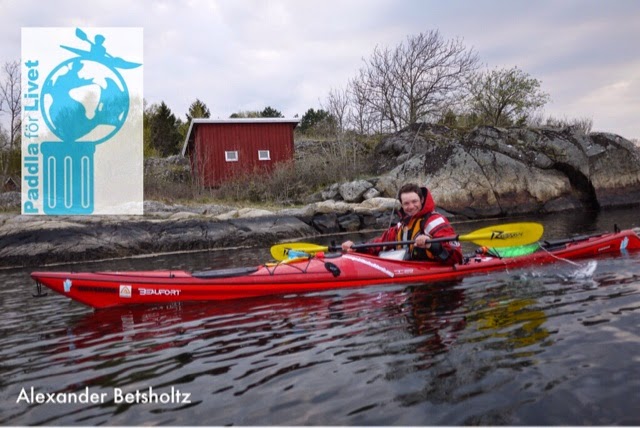 Once in Lysekil we said goodbye to Tim and started planning the rest of the day. With strong easterly winds that will build up to around 15 m/s tomorrow we decided to take us to the inside of Skaftölandet to get a better position before tomorrow. We crossed Gullmarsfjorden without any problems and came into the calm canal knows as Malöströmmen. Finally we escaped the headwinds that had been haunting us earlier that day. We regained our strength and kept on paddling until darkness kept us from continuing. The evening was so calm we gladly could have continued for hours. 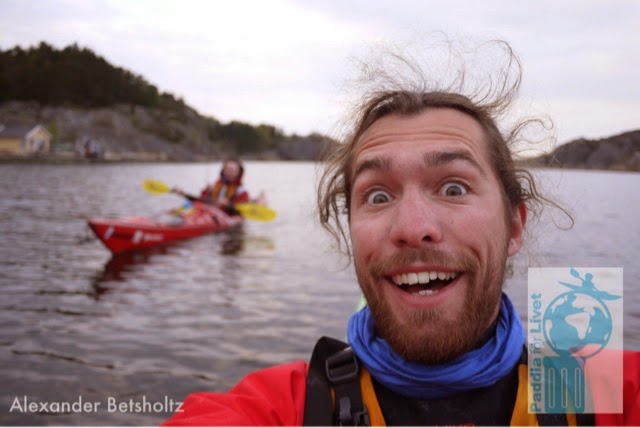 Johan tried a bit of fishing during the last hours and kept the lure behind the kayak while paddling. I crept in behind and pulled the line which made Johan cry out in excitement and shouted for me to start filming. Good laughter :). 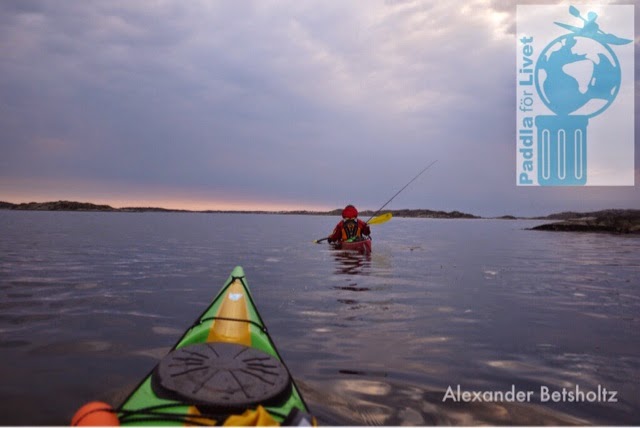 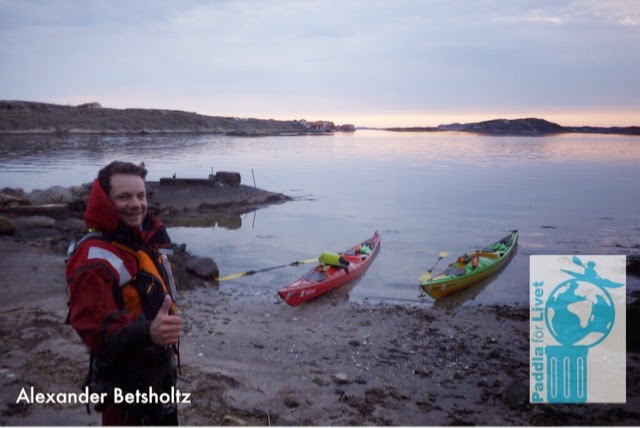 We have now put up our tent at Krokön east of stora Härmano after a total distance of around 45 km today. Tomorrow we aim for Tjörn to meet up with an old friend of ours.
//Alex
With Johan but not Tim :(
Posted by Expedition Söröya at 2:13 PM